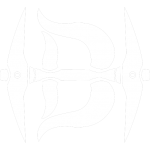 In this tutorial, you will get exactly what it is in the title of this page. This is going to be the ultimate guide to creating and scaling profitable gold farms and the reason why we are qualified to write this guide is that we have scaled our gold farms to over $100,000 in the span of a few months so we know a thing or two about it.

Let’s start from the very beginning with account creation. Since creating an account on datacentre proxies is no longer possible, you are pretty much left with 3 options:

If you go this way, I suggest doing 1 account a day. If you create bulk accounts on your home IP, then there’s a big chance to get chain banned because the accounts will be linked together right when creating them.

The accounts will be linked here as well but at least you keep your home IP untouched.

Creating accounts with the bot manager is the safest way to go. Account creation happens on our cloud platform so your home IP and your main will be completely isolated. If you are serious about gold farming you would wanna use a software to automate everything anyway. The bot manager will also unlock your accounts automatically. You can learn more about it by clicking here.

Use a human-like name in tutorial island and choose a random outfit, don’t go with the standard bot look. This will get a lot of attention from other players and more reports.

When you finally get off tutorial island you can choose to bot straight in pay to play or free to play. We usually use the account builder and hill giant script to get some skils/combat levels up before switching to members.

We recommend for you to do the same. We will cover some f2p and p2p gold farming methods in the next chapters. 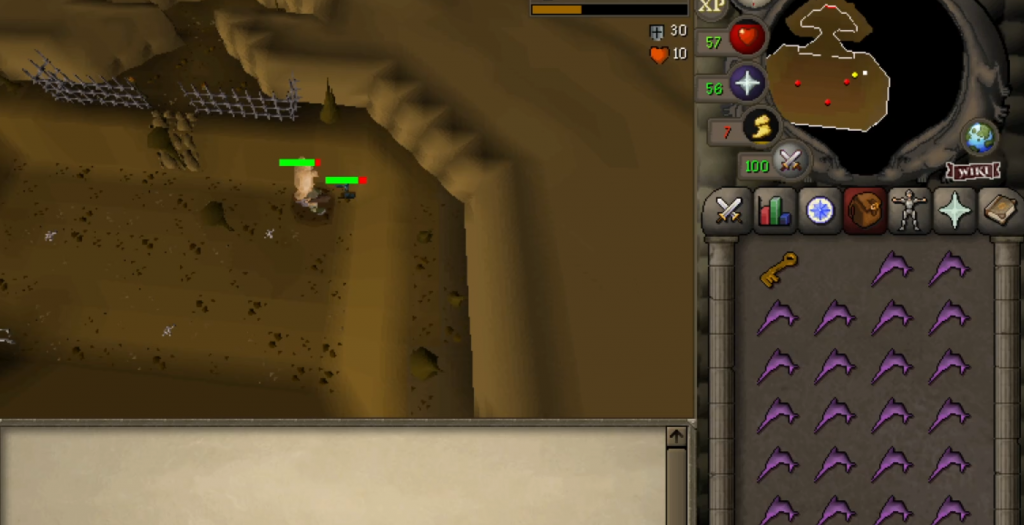 Another great script for F2P is Wine Telegraber. Its free to use. The only requirements are 20 Hp and 33 Magic, but 37 Magic is highly recommend for faster banking to Falador. 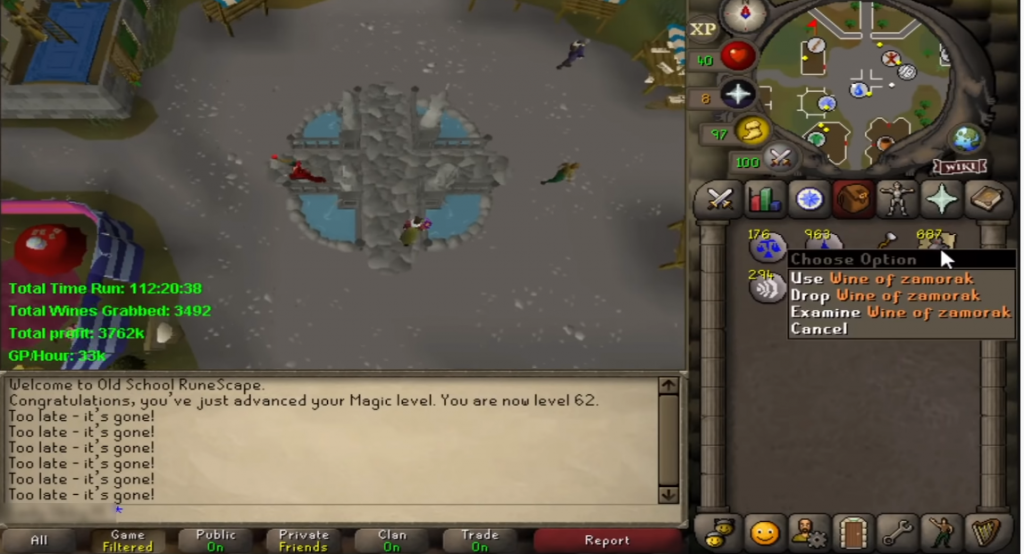 Don’t use methods that everyone uses like Mort Myre fungus, that’s not even worth it anymore. Instead, focus on new content or things that the majority of people are not doing. Soul wars is new to the game and it’s easy to gold farm. Moreover, since it’s new, Jagex machine learning algorithm doesn’t have sufficient data to show cast which account is a player and which one is a bot so it’s very hard to get banned unless there’s a serious error in the script’s code. In soul wars, you can make between 300 to 600k per hour depending on how much zeal you get per hour. With Super Soul wars I was getting around 70-80 with breaks inbetween. The bans are very low in Soul Wars and accounts are relatively easy to make, you only need 500 total level and at least 40 combat which you can easily get just by botting a few quests. Soul wars is one of my main gold farming methods now, alongside Stealth Passive Gold Farmer and a few others that I decide to not mention.

Each of my soul wars bot makes around 2m gp a day. I only bot it for 8 to 10 hours a day with breaks in between.

Make sure to train random stats up on each account. Accounts with only 1 skill trained are obviously bots. On our accounts, we train all skills and we also get over 40 to 50 quest points with Stealth Quester. Just by doing quests like tourist trap you are going to gain total levels as well.

Our account builder support cooking, hunter, fletching, smithing, fishing, herblore, crafting, agility, mining, runecrafting, woodcutting and it will train these stats in the most efficient way allowing you to build human like bots with 1 click. 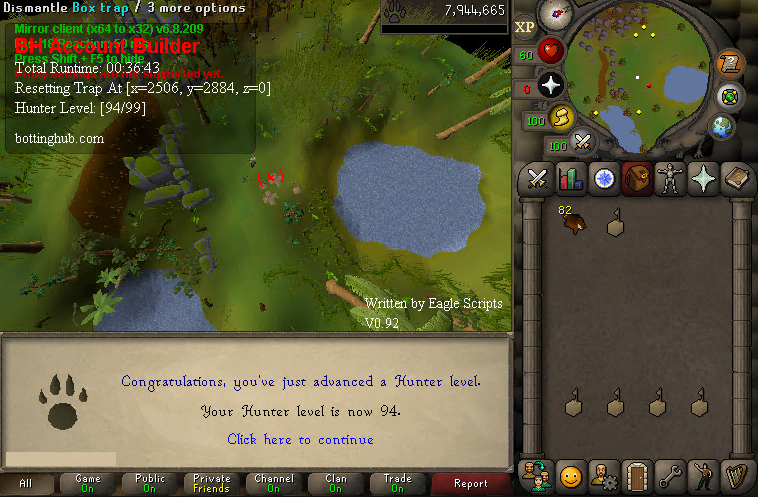 Since botting nightmare zone is low in bans, try getting your accounts to over 90 combat there. Moreover, you can also bot range and magic in Nightmarezone. For range, go with a magic short bow with rune arrows and for magic go with a firebolt. Stealth Nightmarezone is a good script for this. 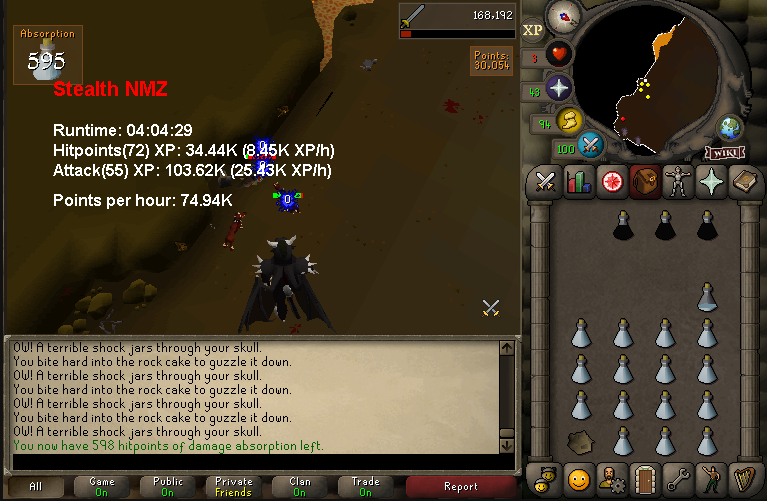 Do minigames such as pest control, fight caves, etc. Having a full void set and a firecape is something that bots usually do not have. 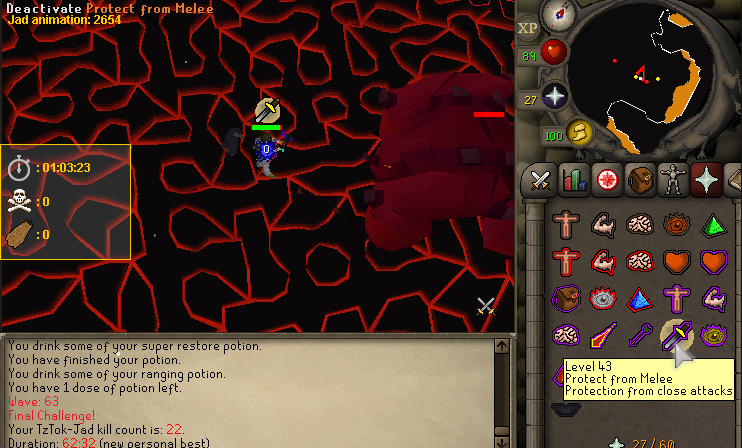 Botting in mirror mode is no longer a thing.  All our bots are now in stealth injection.  This comes with an advantage now as it uses about 3 times less resources than mirror.

Gold farming the same method over and over again is also no longer viable. Try to do multiple money-making methods on the same account. You can do a combination of soul wars, cooking, saracnis, herb runs, farm runs, and so on. Focus on scalable gold farming methods and avoid hotspots at all cost. Jagex hired more people and they now manually check over botted areas like Zulrah, Wintertod which is used to build HCIM accounts and Vorkath. They also check grand exchange more often, especially in crowded areas, so you would do much better if you would use another type of bank that is less used.

For highly watched skills like agility or runecrafting it’s better to hire someone to train your accounts for you.

We personally spend between 500 to 700 dollars each month on Venezuelan services alone. We usually hire them to get our accounts to nightmare zone ready or train highly watched skills or simply bot quests that are not supported by scripts such as bone voyage. You can hire Venezuelan workers here.

Try to take breaks as much as possible and also try to mimic sleep patterns. If you suicide bot there’s a high chance you will get banned within 2 days. In 2 days, you will probably not even break even so it’s not worth suiciding nowadays.

Now how long should you break for?

Now let’s talk about muling for a bit because Jagex started to ban more and more accounts for real-world trading.

When we trade our gp to the bots we simply trade the gold with a muling script (included in the bot manager). We usually transfer just 1 to 2m gp. That should be enough for supplies. Since we use membership codes, there is no need to transfer gp for bonds.  we also use multiple muling accounts, they are usually accounts that had been unbanned before or had a 2-day ban, and when we mule the gold farming money back we use the same script, but we do drop trade all the gp from the low-level mules to the main mule we have and then we proceed to sell it.

If you decide to rent a server, make sure you run some accounts overnight as well. Servers can get expensive so you want to maximize profits as much as possible. To maximize profits I always suggest appealing your accounts when they get banned and if you get them back you can either use them as mules or switch them to another proxy and suicide them and if they get banned again, you can just appeal your accounts as hijacked one more time and suicide your account again and repeat this process until jagex will deny your appeal. I actually got one of my accounts unbanned 8 times, so this works.

If you managed to bot your accounts for a long time, you probably got pretty high stats as well, or maybe a pet, in this case, it could be much profitable to just sell your account. There’s multiple platforms where you can sell accounts, I personally sell mine in my own discord, but if you don’t have a discord, you can sell on player auctions.

You will need a reputation tho for selling accounts otherwise it will be much harder to sell.

This concludes this guide, hopefully, it helped you and you got value from it. If you still believe you need an extra push, you can check out the paid version of this guide. Unlike this free guide, the paid one is much more in-depth and specific and you also get our help personally.

If you want to scale your farm further you can check out the bot manager, it will help you with account creation and unlocking, script queueing, automated muling, it also includes a hill giant script with obor support, a chaos druid script, a f2p progressive firemaking script and more.